The first permanent English settlement in America was failing. The settlers in Jamestown were barely hanging on. But when John Rolfe, an English settler, arrived with tobacco seeds, everything changed.

Before John Rolfe brought his famous tobacco seeds to Jamestown, the colony was struggling. Historians refer to this as “The Starving Time”. During the winter of 1609-1610, there was food shortage and broken leadership. Approximately three-quarters of English colonists died as a result of either starvation or starvation-related sicknesses like typhoid and dysentery.

Moreover, the Powhatan war fueled by Indians at James fort contributed in increasing the intensity of the famine. The famine forced settlers to eat rats, dogs, mice, cats, snakes, and other animals. There are also reports that they may have even participated in cannibalism because there was nothing else to eat. Only 60 settlers survived the famine.

In 1610, John Rolfe arrived in Virginia as one of the Sea Venture wreck survivors. Upon arriving, he found that only 60 settlers had survived the starvation period. Rolfe brought with him tobacco seeds that he had gotten from the Caribbean. If you didn’t know, John Rolfe is the same man who would later go on to marry Pocahontas.

After his arrival, Rolfe decided to experiment with growing tobacco in Jamestown. Once the colony saw that Rolfe’s tobacco seeds grew well there, they liked the idea of planting the crop. Realizing that tobacco could be more profitable than their other economic activities, the colony adopted it as its cash crop.

During this time, the Spanish controlled the European market for tobacco. However, that changed when Jamestown discovered that they could grow tobacco as well and make good money from it. The crop was shipped to England and the colony became a competitor to the Spanish for the tobacco market.

With the production of tobacco becoming more and more prominent, settlers put more emphasis on growing tobacco than producing enough food for themselves. With the demand for the crop growing exponentially in England, the settlers could not focus on anything else. Most of their land was used for growing tobacco. Because of this, they ended up not growing enough food for themselves and almost starved again.

Since tobacco had become the main cash crop in Jamestown, there was also a need for more labor. In order to meet this need, indentured servants were used to grow the crop. The more labor a settler had, the more tobacco they could cultivate. Thus, the settlers had to rely heavily on indentured servants for them to supply the increasing demand for the product in the European market.

The availability of indentured servants made it possible for colonists to increase their farming abilities as well. They had enough labor to grow more crops and engage in trade. For example, as the cultivation of tobacco increased, there was also growth in the farming of other crops like beans, pumpkins, tomatoes, peanuts, and peas. They often moved away from growing these crops for subsistence purposes only, and cultivated them for commercial purposes as well.

Soon, tobacco from Jamestown became a major export product to the European market. There was now a new major player who could compete with the Spanish that previously controlled the European tobacco market. By 1630, more than 1.5 million pounds of tobacco were being exported annually. It is because of this that the colony started to expand both economically and socially.

Without a doubt, Jamestown has a unique history. This is the story of where America’s first cash crop, tobacco, began. Through the efforts of John Rolfe, tobacco became a major income earner for this historic site.

It is also a story of how farming was and can be a fundamental economic building-block for a territory. Through Rolfe’s experiment, the settlers in Jamestown got the answers to their economic woes. They were able to pioneer and export a product that had a high demand in the European market and, as a result, it gave them huge financial success.

The argument can be made that America wouldn’t exist as it is today if it wasn’t for John Rolfe and his tobacco seeds.

10 Best Farming Magazines in 2020 for a Small Farm

FREE: The Book of the Farm 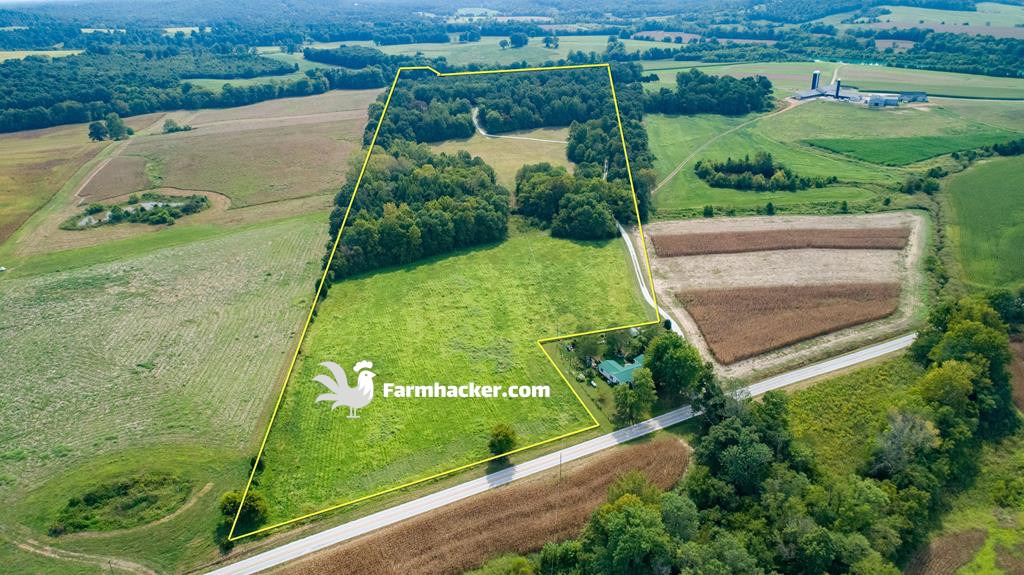